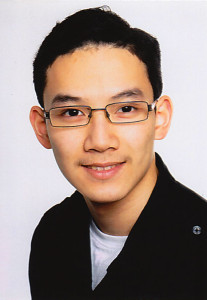 At mobivention in Cologne I completed training as an application developer. During that time I created multiple iOS and Android apps. Furthermore, through an internship at an advertisement agency I proved my technical skills in web development and various Adobe software. After studying Game Design at Games Academy Berlin to improve my skills in cross-department areas I am now working at Goodgame Studios in Hamburg as Client Developer.

As compensation, every now and then I play the piano.

After finishing school I intended to do a 1-year internship to collect some work experience. Thus, I started off with an internship for several months at retail concepts GmbH in Osnabrück which they offered to me after I completed the student internship. There I developed my web development skills including web design principles and the usage with various Adobe software.

After several months I decided to continue my internship as an application developer at mobivention GmbH in Cologne. Afterwards I started my training there and implemented multiple Android and iOS apps. Some of which had become very successful.

Tic Tac Toe Glow, my first Android app, was in the Top 10 free Apps in the Android Market (now known as Google Play Store) and had been featured by AT&T and in the Kindle App Store when their first Android tablet, the Kindle Fire was released. My second success at mobivention was Hangman Hero, the first iOS game I had implemented. It was also in the Top 10 free apps and was featured by mein-deal.com, a German hot deal website.

Apart from these I programmed further native iOS, Android apps as well as libraries which had been used to improve the workflow.

After my training at mobivention I successfully applied for a scholarship to study Game Design at Games Academy Berlin. Until now I created a PC game in a team of 5, become a Certified ScrumMaster® and participated in several GameJams including the Global Game Jam.

In order to get in touch with new people and improving my skills I am always eager to take all opportunities I can find. Therefore I attend various events like the Quo Vadis and the Global Game Jam.